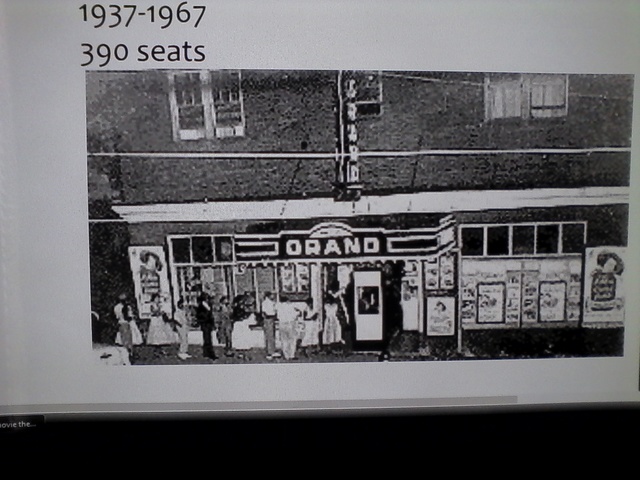 Opening in 1928, the Pharr building, located at 333 Beatties Ford Road, was built to house two small retail storefronts in the front and theatre space in the rear of the first floor, with apartments in the second story. The building originally housed the Pearl Theatre and, in the retail space, two lunch counters. By 1930, the theatre had closed.

In 1937, the theatre space re-opened as the Grand Theatre and operated successfully, mostly due to the patronage of the neighboring Johnson C. Smith University, until 1967. One of five former “negroes only” theatres built in Charlotte between 1920 and 1960, the Grand Theatre is the last surviving example of these Jim Crow exhibition venues in Mecklenburg County.

Does anyone have more information on this building? From the photo provided by LOST MEMBORY, it looks like it is just “there”. I don’t see other buildings or a parking lot near it. Is is for sale? What more…it looks like this is a reverse theatre, can someone confirm this?

As is the case, the marquee is gone and the front exterior has been changed over the many years as seen after comparing CT photos!

During the days of segregation the theaters in Charlotte went to the extreme. The downtown theaters here didn’t have side entrances or upper balconies for blacks they just had completely separate theaters. The segregated theaters got a mix of race films and mainstream Hollywood movies but usually long after the film prints had played the ‘whites only’ theaters. One interesting programming note for the Grand was in 1955. The local premier for the Hollywood movie ‘Carmen Jones’ (which had an all black cast) took place on the same day in February at two theaters – an all white audience at the Carolina as well as an all black audience at the Grand.