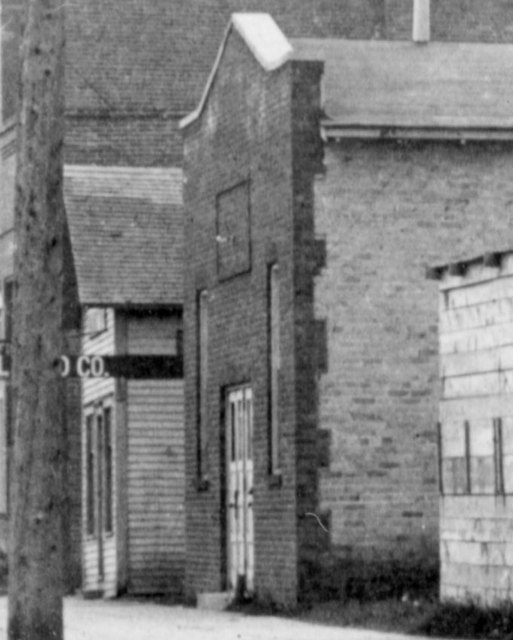 The Verndale Theatre was built in 1915 and started life as a village hall, run by the Verndale Public Hall Association. In the 1920’s and 1930’s silent movies were screened in the theatre. Talkies came to the theatre on Wednesday, September 31, 1932. Adult admission was fifteen cents and admission for children was five cents. Movies were provided through the Lake Region Movie Circuit by a Mr. Sondergaard. The circuit also included movie houses in the nearby communities of Sebeka and Menahga. Movies at the Verndale Theatre were sponsored by the Verndale Booster Club and were shown only on Wednesday nights.

In August of 1947, William “Sharkey” Payne purchased the theatre from the Village of Verndale. Sharkey renovated the theatre, making it a thoroughly modern facility that included a larger lobby, new elevated floor, new screen, crying room, comfortable upholstered seats, modern bath rooms, concession stand, and air conditioning. Movies were shown six nights a week with a matinee on Sunday. After the extensive remodel, the Verndale Theatre reopened showing Frank Borzage’s “I’ve Always Loved You”. Sharkey ran the theatre until 1969 when the Verndale Theatre closed. The theatre building was used as a newspaper and printing office until the 1990’s. Since the early-1990’s the building has been used as a private residence.