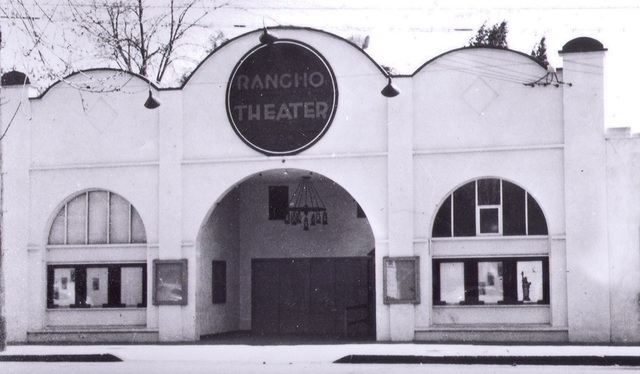 According to the book “Pleasanton, California: A Brief History”, this theater operated in the 1940’s as a Spanish-language theater for migrant workers.

A brochure for a walking tour of downtown Pleasanton (no longer available on the Internet) said that the mission revival building at 720-722 Main was built as an auto showroom and garage around 1920, and in 1945 was converted into the Rancho Theatre, “a Spanish movie house.”

Originally built as a funeral parlor, by the 1920s in was “The Fireproof Garage”. During World War 2, while agricultural workers were brought in from Mexico to cover for American men overseas, it became a Spanish languague movie house. It became a furniture store, then a TV and electronics business. Today it’s a hair salon.