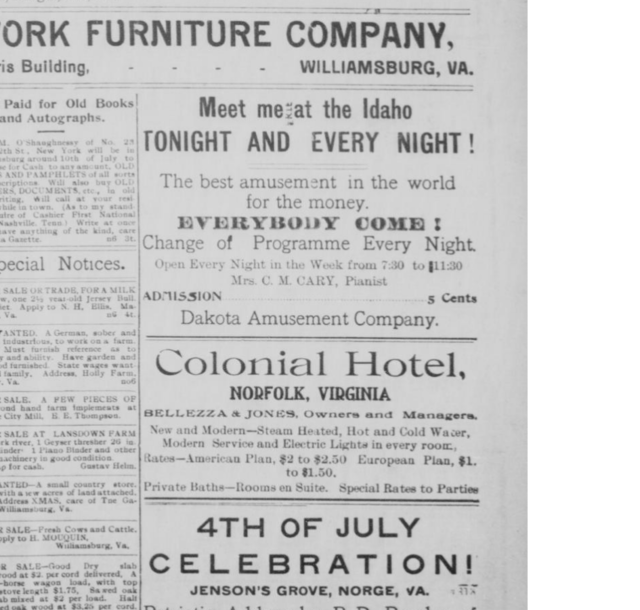 The building was originally occupied by Griffin Bros. Furniture. It opened as the Idaho Theatre in June 1910. Originally owned by Mr. R.T. Hogge it was soon sold to Mr. C.R. Cary. However, it did not last for long as on January 5, 1911 a story in the press stated that moving picture apparatus in the building been sold to be used at Cameron Hall.