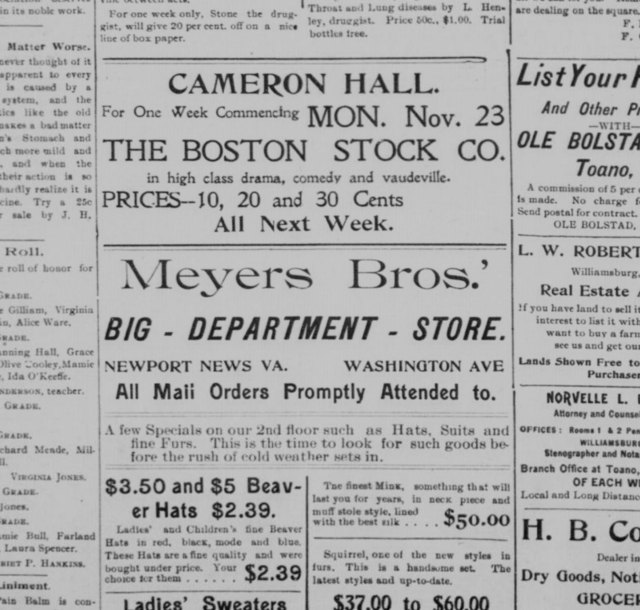 Cameron Hall was built in 1885 for use as a community activities such as plays, and school graduations etc. Starting in 1911, under the direction of Mr. Wolfe (Williamsburg Amusement Company) it began showing moving pictures on Tuesday, Thursday and Saturday evenings. The motion picture equipment had been moved over from the Idaho Theatre. On May 23, 1912, it was announced that Cameron Hall would closed to the public after January 1, 1913 due to insurance reasons.

On May 2, 1912 they announced that Mr. Wolfe would build a new theatre after operating Cameron Hall for 16 months. The new theatre would be named Palace Theatre and would open January 23, 1913.