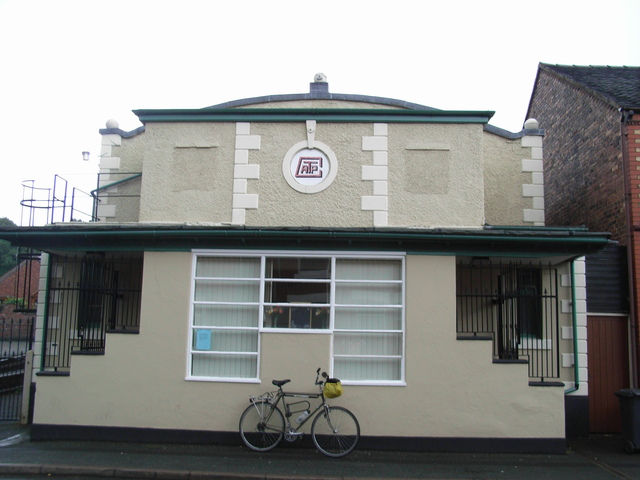 Located in the village of Audley, to the northwest of Stoke-on-Trent, Staffordshire. The Coronation Palace was opened as a cinema in 1911 with 525 seats. It was soon re-named Coronation Cinema. By 1934 it had been renamed Palace Cinema and the seating capacity had been reduced to 350. It had been equipped with a Marshall sound system, which was later replaced by a British Talking Pictures(BTP) sound system.

In the late-1950’s it was taken over by the Miles Jervis Cinemas chain and a British Acoustic(BA) sound system had been installed. The proscenium was 18 feet wide. They closed the Palace Cinema in 1960 and it was converted into a bingo club for a short while. It then stood empty for several years.

From 1967 it was purchased by the Audley Players and renovations began. In April 1969 it was officially opened as the Audley Theatre by Jackie Trent and Tony Hatch. It presented its first production “All in Good Time” in September 1969.