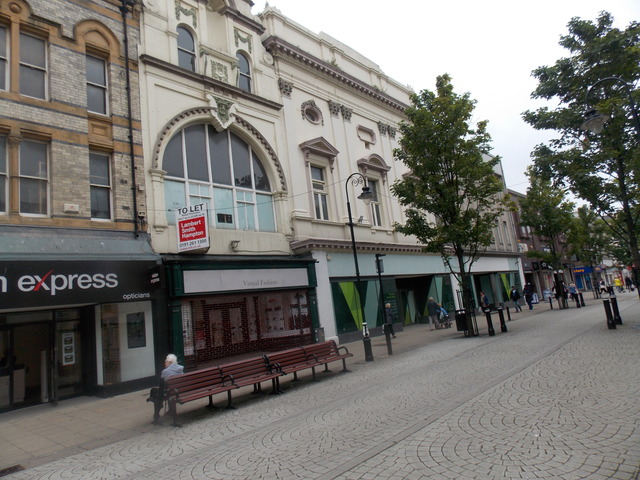 Located in South Shields, Tyne & Wear. The Empire Palace Theatre was opened in 1885 and was designed by architectural firm Thomas Moore & Sons. It became part of Richard Thornton’s chain of music halls and was renamed Thornton’s Theatre of Varieties. On 4th April 1896 films were part of the variety programme. In 1899, alterations were made to the theatre by architects William Milburn and Thomas Ridley Milburn. Richard Thornton was still operating the theatre in 1919.

It was taken over by the Black family in 1935 and was altered to the plans of architect Edwin M. Lawson, re-opening as Black’s Regal Cinema on 19th October 1935. It had been equipped with a Compton 2Manual/6Ranks organ. In 1943 it was taken over by the Oscar Deutsch chain of Odeon Theatres Ltd. and was re-named Odeon on 16th June 1945.

The Odeon presented its first live show in over twenty years when a variety show headed by Eddie Calvert (and his golden trumpet), supported comedian Jimmy James and Billy Anthony played for a week from 19th September 1955. It was then back to cinema use until it was closed by the Rank Organisation on 30th June 1962 with Frank Sinatra in “Lonely are the Brave”. The Compton organ was sold to a Mr. A. Manning who lived in Farnborough, Hampshire.

It was converted into a Top Rank Bingo Club, which operated into the early-2000’s.

Photo uploaded of a busy King Street in the 1950’s. The Odeon, whilst only having a small Front of House, stands out owing to the very effective signage of that Company.