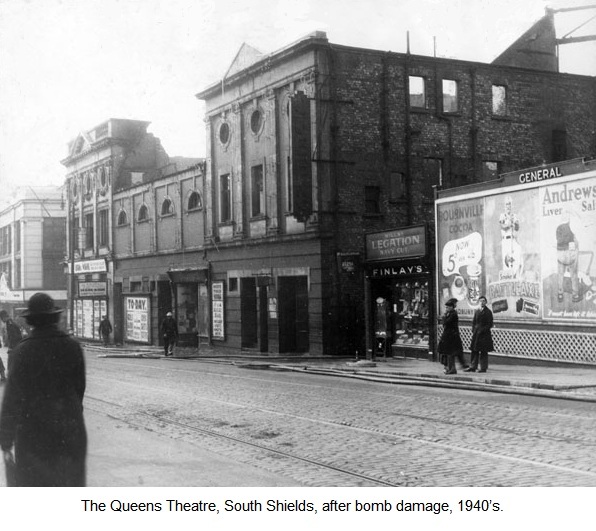 The Queen’s Theatre was opened on 4th August 1913, originally with 2,400 seats. Designed in a Neo-Classical style by architectural firm Gibson & Stienlet, it had an imposing corner entrance on King Street. The auditorium had a 38ft wide proscenium, and there was a 40ft deep stage and six dressing rooms. It was built for live variety theatre use, but films were screened as part of the variety programme from its opening. On 19th March 1930 it was equipped with a Western Electric(WE) sound system and weeks of feature films were interspersed with weeks of live variety. It operated in this use until 1934 when it went back to live theatre use. In 1936 was purchased by the Newcastle based Essoldo circuit, but remained mainly a live theatre with occasional cinema use. In early-1937 it went over to full time cinema use, but with occasional live productions.