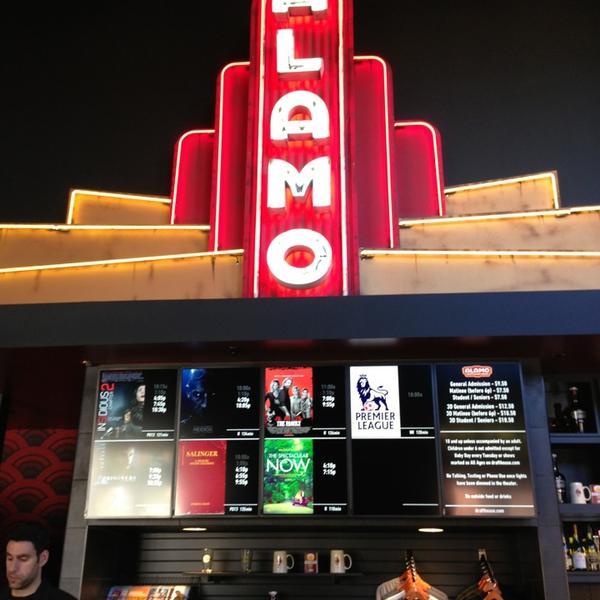 The Alamo Drafthouse Vintage Park had its grand opening for first-run films on February 14, 2013. Beginning on February 10 they screened classic films such as “Ghostbusters” and “Jaws” for $3. The Cypress Creek Mirror noted that on February 11, they held an “I Heart Houston” film series. In attendance was Jason Schwartzman to meet fans at a screening of Wes Anderson’s “Rushmore".

With seven screens and 565 seats, each auditorium is equipped with Sony 4K Digital Cinema Projection, including the newest 4K system, the SRX-R515P, on five of its screens. The theater also has state-of-the-art audio and RealD 3D technology. Two of the auditoriums are equipped with 35mm projectors to screen classic films. Taken over by Star Cinema Grill on December 4, 2016.

This cinema has opened a drive-in tneatre(next door?), opened in(august or september 2020?).