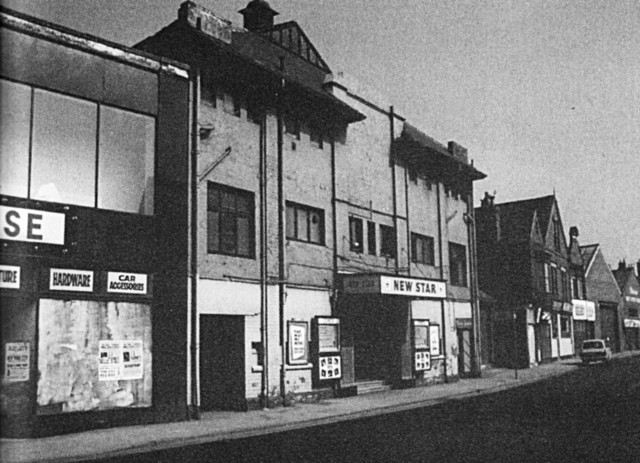 It opened on 15th August 1912, a conversion of existing premises, possibly a warehouse and seated 700. It advertised “the largest, best, brightest, steadiest and clearest” picture programme in the district. It closed in July 1923 for refurbishment and the addition of a gallery and reopened on 4th February 1924 as the Majestic Cinema. After closing in summer 1930 it reopened in October as the Astoria Cinema. After another closure in summer 1931 it was acquired by Walter Eckhart, the first cinema of what was to become the extensive S Leeds based Star Cinemas circuit and renamed New Star Cinema.

In 1968 some £30,000 was spent on modernising the cinema. It closed suddenly on 8th June 1975 when “The Towering Inferno” was playing to packed houses; the film was transferred to the Star-leased Albion Cinema. It is not known when the building was demolished. In 2006 the site was a car park for the appropriately named Star Fisheries next door. The site is now an open space leading to the Millennium Footbridge over the River Aire.