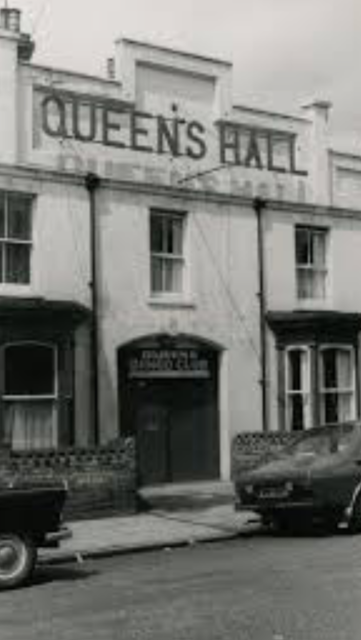 Located in Grimsby, northeast Lincolnshire. Originally built as a timber factory it was later used for dancing and roller skating. The Queen’s Hall Cinema was opened on 24th March 1934. The entrance was in the middle of a row of terrace houses, with the auditorium hidden from view at the rear. It was equipped with a Compton 2Manual/5Ranks organ, which had an illuminated console and was opened by organist Reginald Dixon. It was equipped with a British Thomson Houston(BTH) sound system.

Always independently operated, the Queen’s Hall Cinema was closed on 6th October 1963 with Elvis Presley in “Kid Galahad”. It was converted into a bingo club. The Compton organ was removed from the building in 1972 and now resides in Louth Town Hall. It was still open as a bingo club in the 1990’s.

The auditorium has since been demolished and housing built on the site. The entrance between the terrace houses has survived, but is bricked in.