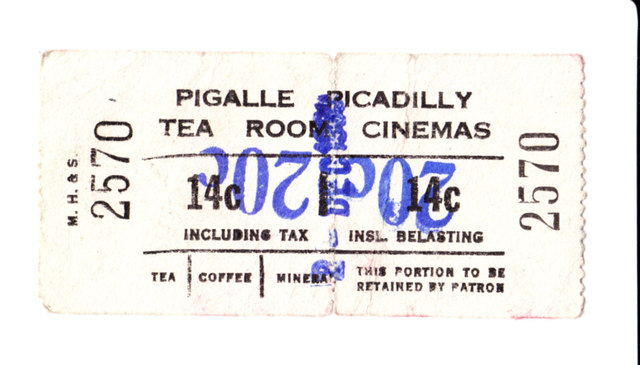 The Picadilly Cinema was one of three “tea-room” bioscopes, along with the Roxy Cinema and the Pigalle Cinema. It ran triple-features on rotation, normally two Hollywood films and a Shaw Brothers Kung-Fu movie or something similar. It was located in the small Parkade Mall and had a narrow entrance with a small concessions stall along with the ticket booth. Entrance was through a curtain and the auditorium was a flat area divided into two sections with a middle aisle. The cinema was not well maintained and being in the city centre was often the refuge of people fallen on tough times who were happy to pass the day away in the confines of the cinema, but back in those days a triple feature was a big deal and represented great value for money. I recall the price of admission in the late-1970’s was around 35c.