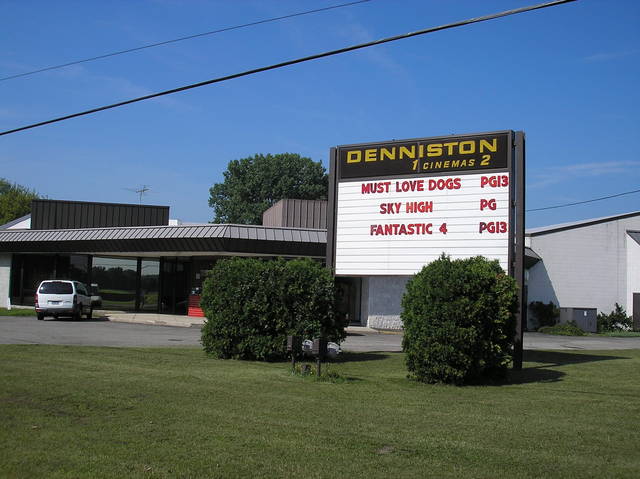 Built as the Denniston I & II in 1974 on a corner of the long-ago closed Denniston Drive-In’s property (both theaters were operated at the time by the Denniston Theatre Company), the twin was designed by Louis Wiltse.

It could originally seat 578 and featured a V-shaped floorplan, with sloped ceilings and large floor to ceiling screens. The projection booths in the original two auditoriums were only four feet above the main floor, which was said to give a better picture.

A third screen was added in the 1980’s. Though the theater was closed briefly during the 1990’s, it later reopened and featured first-run films. The Denniston Cinemas closed on May 21, 2009