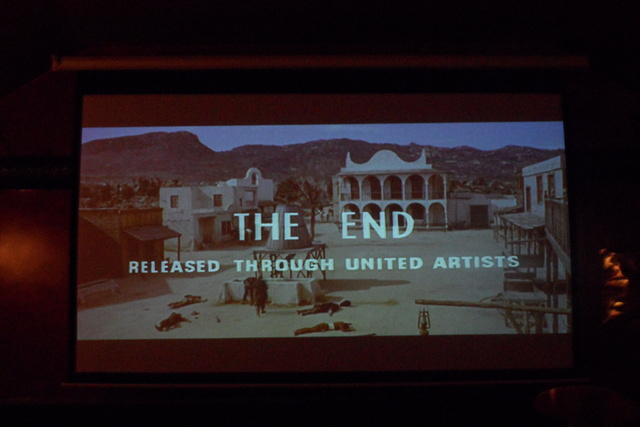 The Flix Movie Cafe was opened by Adam Bouabda in September 2009. This unique concept, constructed within a former public house, encompasses a cafe/bar, with seating for around 35, and a separate cinema room, partitioned off from the rest of the cafe. There’s always a film playing, though patrons can select (at no charge) a DVD of their choice, from the huge stack behind the bar, and settle down with a drink and a meal for their own private screening. (During my visit I selected “A Fistful of Dollars”, and settled down in a comfy armchair to watch the Sergio Leone classic!)

There’s a second screen in the main cafe, and also a small stage, used for live comedy and music events. Parties and themed events are regular occurrences.

There’s a lovely community feel to the place. I really enjoyed my visit; it was a pleasure meeting Adam and his wife Hayley. It was closed in early-2016 and has been converted into a bar.

Sadly, on a visit to Hartlepool in October 2016, when I was hoping to meet up with Adam and Hayley again, I discovered that they have closed their Move Café. As can be seen from my photographs, it was by then O'Malley’s Irish bar. The partitioning that created the cinema space has been removed, resulting in one single bar space.

Researching the internet, it appears that the Café closed earlier in 2016, with Adam saying he had started a film production company and a new YouTube subscription venture. I recall him having an interest in filmmaking, and I wish him well with these new ventures.