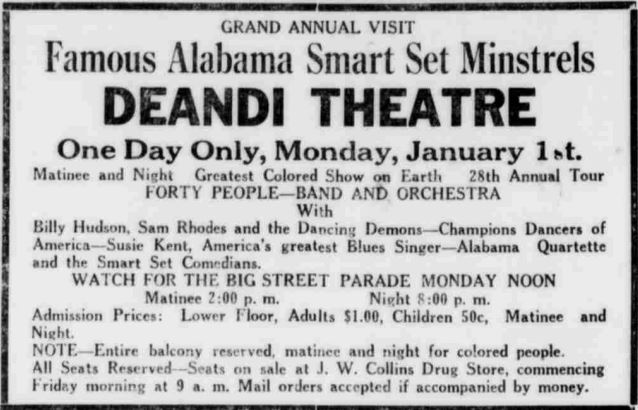 Phil Denitz and Sam Isaacs of D & I Theatres opened the Deandi Theatre in 1908. The name comes from a fusion of the operating company name. Boasting ‘The Panhandle’s Greatest Shows’ it first presented vaudeville, and soon became well known for motion pictures. D & I Theatres operated the theatre for 22 years, until its closure on April 25, 1930.

After closing, it was converted into the Deandi Skating & Dancing Parlor, which opened in November 1930. That closed in 1933, and the building was converted into various retail shops. It was demolished in July 1965 and the Amarillo National Bank was built on the site.