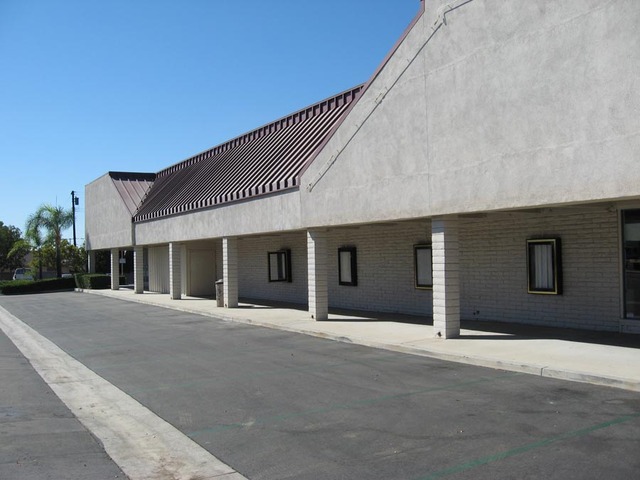 The Village Theatre opened as the Villa Theatre on August 5, 1966 and has always remained an independent.

In 1995 it was taken over by Todd and Cathy Blood and family who have become one of Orange County’s largest independent operators by leasing venues left vacant by larger chains.

Their theatres play the same first-run films as the chains but they remain competitive by charging lower prices. The Village Theatre has grown to three auditoriums of different sizes with a total seating of about 300. The largest auditorium has stadium seating plus a balcony while the smallest is like a screening room, seating just 34.

The theatre was closed on 28th August 2006, but has since reopened, now known as Village Theater Orange.

As for the ugly floor we did the best we could with that floor I needed a paint job which of course he expected 2 h.s kids a tired college student and a kid with a second job to find the time to paint it while running the theatre ….ALONE he expect the me to give my blood sweat and tears when I was a fulltime student who has to take care of her house duties and her boyfriend (I was a wife basically) and I couldn’t that job hurt my school and my relationship I was tired at school and emotionally unstable in my relationship he was rubbin off on me and I was at times testy with my employees that job killed me I put 40 plus hrs just from thurs to sun and still called in or stopped by on my days off to do shopping or count the money I should have stolen money like he accused me off that job stole my life

Heh, i worked for this ape. And ill tell you what, he was horrible at running his business. I went into mainplace with it barely having working lights, barely working restrooms, theatres were horrible, and in a couple months with the help of good hired employees (which was done by none other than me, btw – Zero experience as manager, let alone doing schedules, hiring people, and handling any kind of money) turned the theatre around, well turned it towards something close to a working theatre, only to have it closed down cause poor todd didnt want to pay the rent. This man was soo desperate and fiendish, he went far enough as to try to convince me to take over half his company and become co-owner, granted i gave him 100k dollars. Laff yah right. This man had good, hard working employees ad lost them to do his lazyness. I worked in the course of 3 and a half months, over 800 hours. If not 900+. Sometimes up to 150 hours every 2 weeks, working up to or over 15 hours shifts. I wont lie, 1200 dollar checks @ 8:00 an hour isnt bad, but the toll it took on my body was not worth it. If this guy gets another business and u happen to get hired by him, leave asap.

I single handedly kept that mans business running and the only thing i got was a thank you, and it was from his daughter, not him.

Hey cmk email me your num at do you know anything about our w-2?s

The theatre is currently (9/07) being remodeled in to a live performance theater by the same ministry that operates the Curtain Call Dinner Theater in Santa Ana, CA. A banner hanging under the original theatre signage advertises “Biblical to Broadway” as the future programming.

Looking in the windows, it appeared they were conducting a major remodel on the venue.

Looks like the Captain is in need of a job.

The Villa Theater was closed for 9 years. Me and my wife and family worked for two years to get that great little theater opened. We opened with Gone with the wind. Eric and Andrea were our only employees. Eric helped me build the theater while he was on a mission here in Orange. He was from Alaska.

Getting this theater opened was a miracle. We started at .50 a ticket. worked our way to $2 and $3. We went from closed to 3rd run to 2nd run and then 1st run. We broke a 70 year clearance issue in Holly wood by doing this. Nobody ever played with the Cinedome. Ever! Not even the AMC Mainplace Mall. Which we eventually took over.

The best of times were when we ran the theater ourselves and helped co-found the New Port Beach Film Festival. We worked 7 days a week 365 days a year for about 7 years.

Notice there are no complaints in those first ten years. It was after we grew and hired people to do what we had been doing. The customers Loved the CLEAN little theater at a great price that played 1st run movies, no R rated films and ran like a top.

Try it I dare you. Nobody has run a small independent since. Think about it. They can’t even get the Fox Fullerton opened. 25 years so far, millions of dollars and 100’s of people and still not opened. My wife, Larry our kids and I opened Captain Blood’s in 2 years. Then Cathy and I opened 3 more theaters with little to no help and no money.

Thank You, to all the great people that came all those years. Thanks to all the good employees and their parents. (you know who you are)

This was a labor of love and it was great when it ran right. Advice to anybody that is growing a business and doing well. Too big is bad. Always Train Train Train your employees your self. Don’t let anybody hire for you. You have to fire the rotten apples. I fired 1 person in 12 years. Can you imagine that. Only one. I was way too nice. People will lie and steal. They will break your heart. And the public can be evil.

All in all it was the American Dream in action.

Till the leases we up, work mans comp insurance Quadrupled, The Electric company ripped business owners off to cover their butts. Gray Davis runs the state into the ground and 60 to 70 % of all theaters closed that decade. How do you like $12 tickets now. Where can you rent a theater for a $100 nowadays? Nowhere.

We lasted longer than most over ten years.

It makes me sad that I can’t go see a first run movie in any of the 4 theaters we ran. Think about how hard what we did was.

And for the gay guy that hit on my employees that keeps yapping on this site. Don’t be such a coward. I’m easy to find. We should have a talk face to face!

I personally know Todd Blood and he is an incredibly gifted human being. He does work insanely hard and perhaps this is a detriment to him as he expects no less from his employees. He is self motivated and a genius in his own right. But just like all humans, he isnâ€™t perfect, none of us are. He is forever creating and I am excited to see what he comes up with next.