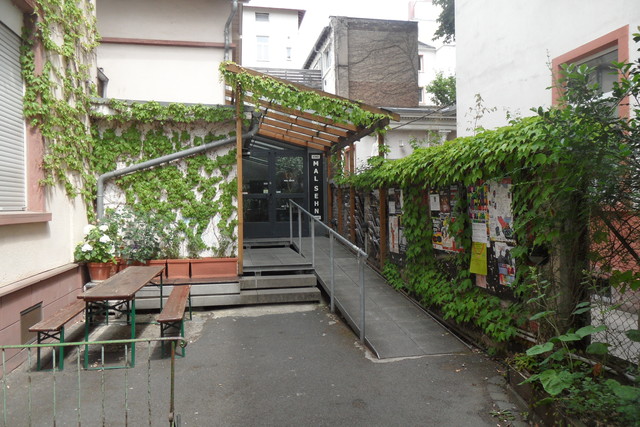 The Mal Seh'n Kino was opened in November 1984 by a group of local filmmakers. Now, the cinema shows features and documentaries from around the world, mostly in their original language with German subtitles. It is a member of the Europa Cinemas network. In addition to digital 2k projection, the cinema has retained its 35mm, 16mm and 8mm projection facilities. There is a small cafe. The cinema’s name translates literally as “Let’s See”. The cinema is situated in the inner suburb of Nordend to the north of Frankfurt city centre.