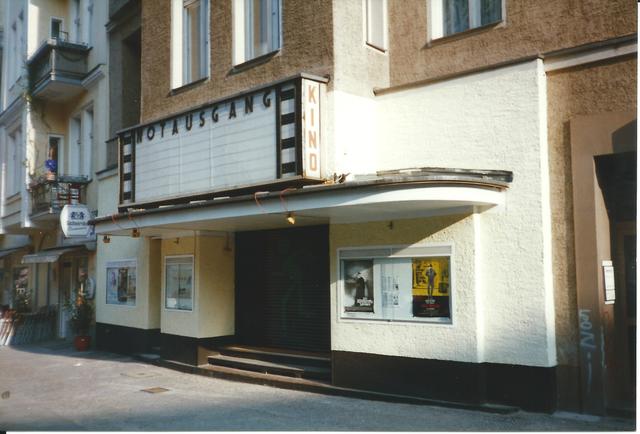 In the Schoneberg district of Berlin, this cinema opened in 1914. It is unclear what its original name was, but it was called Intime Lichtspiele in 1938, then Filmhof from 1942-72. It subsequently became Notausgang (“Emergency Exit”). It closed on 15 April 1999, just 10 days after I had visited, on 5 April.