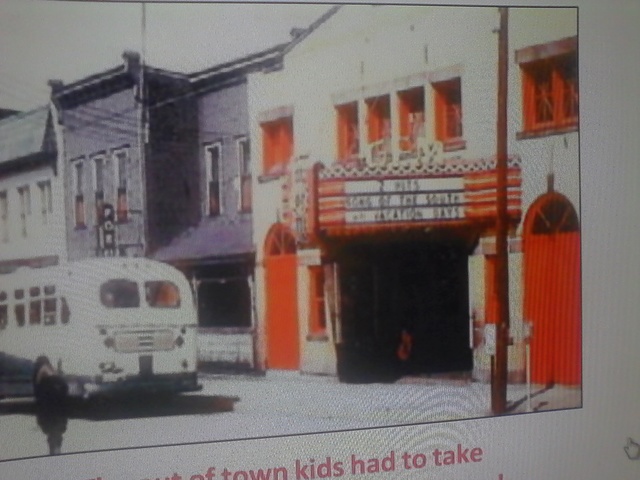 The Gem Theatre was constructed around October 1916 and was presumably opened in December of that year; it also had a balcony in addition to its main floor seating. The theatre was still active, showing movies until March 1970, experiencing such advents as sound and even 3-D. The Gem Theatre sat vacant for a year and in 1971 it was taken over by a local theatre group, but closed for good in 1972. After that until 1983, when it became a hardware store.

The Gem Theatre was inactive again shortly thereafter until December 1998, when the theatre was used as a performing arts venue for concerts by independent rock bands; that raised the ire of many local residents who assisted in closing the theatre again after reported unruliness by its adolescent patrons. The Gem Theatre is now in residential use.

Contributed by William B. Warfield
Get Movie Tickets & Showtimes

According to an item in the 9/9/1916 The Moving Picture World ground had been broken for the Gem the week before. The cost of the theater was to be $10,000 and it was to be used exclusively for films.

A lot of good memories at that movie theater! The last movie I saw there was Yellow Submarine. Also big movies that created long lines to get in was the Beatles' A Hard Day’s Night and Help! Fred Piper, the owner, would give out free movie passes at the Halloween parade for all the kids participating in the parade! I’m glad William B. Warfield chose to write about the Gem Theater!

Well, thanks very much, elmorovivo, for the photos of the exterior of the Gem (that I remember seeing in 1976, when I was 14, while visiting my aunt, uncle, and cousins in Derry; the Gem was already closed then, but the marquee still remained and I think it was painted blue and yellow when it closed four years earlier).

But do you, or anybody else, have any photos of the interior of the Gem? I heard the auditorium also had a balcony. Anybody who has said photos of inside the Gem, that would be very much appreciated.

Sorry to ask again, but it’s been a little over a year now, and I’m hoping somebody will come through this time.

Does anybody have any pictures of the inside of the Gem? I’m curious to see what it looked like!

The Gem’s seating capacity is actually 300 seats, not 400 as originally thought. When I first submitted that info,that was only an estimate; I just checked the 1930 Film Daily Yearbook online,which shows the Gem as having 300 seats. So, the above should be changed to read “300 seats.”

One more time: Does anybody have any photos of the Gem’s interior? I’m still curious to see what it looked like! Thanks again!

Also verified it with the Motion Picture Herald’s 1943 Yearbook on line:

So, moderator, if you could make that correction above, that wouldd be appreciated. Thanks again.

I finally got a subscription to Newspapers.com and discovered something contrary to what I first stated in the overview: According to the Latrobe Bulletin, the Gem closed (i.e. stopped showing movies regularly) circa March 1970. From what I could gather, the final film shown was the 1970 rerelease of Disney’s “101 Dalmatians.”

After that, the Gem sat idle until approximately one year later, when a local theater group staged some productions there until 1972. Then the Gem became totally inactive.

One other “advent” the Gem experienced was widescreen movies from the late 50’s through the late 60’s; the theater had the ability to screen both Cinemascope and Vista Vision films. It is unknown whether or not there was the ability to play the stereo soundtracks for said films(most likely it was just mono).

(Still once again: Any pictures of the Gem’s interior? Thanks again, though, elmorovivo,for finding the picture of what the Gem looks like now. That supports my findings very well.)