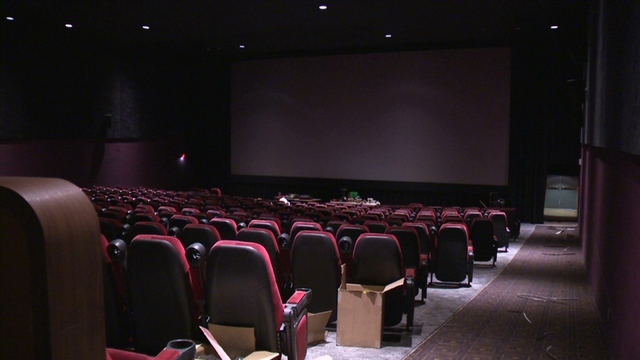 The Hyland Theatre was opened by Odeon Theatres around 1974 in the basement of the Ontario Tower office building on Ontario Street North in downtown Kitchener. It originally had 682 seats in its single auditorium at its opening.

Cineplex Odeon took over management of the Hyland Theatre in 1984, then closed it in 1998. It was later reopened for a few months in 2001 as the Kitchener-Waterloo International Cinema, which showed art films and was only open on weekends. It later became a mixed-use venue called the L Lounge, the Gig Theatre and then the Chrysalids Theatre, which hosted live concerts and occasional movies.

The theatre space reopened exclusively for movies as the Apollo Cinema on January 30, 2015, with its seating capacity reduced to 308. The Apollo Cinema screens first-run, classic, art and cult movies and is also the Kitchener-Waterloo region’s only cinema which is licenced to serve liquor.