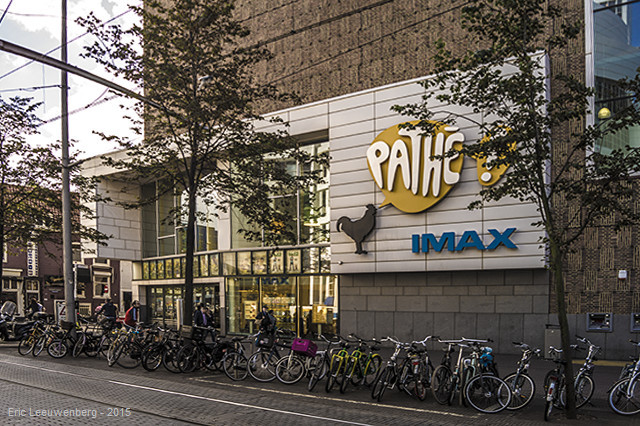 Spuimarkt (architect Peter Wilson) is the name of the building the cinema is in. You also find shops, restaurants and a fitness center. The Spuimarkt building is at the corner of the Spui and Grote Marktstraat in the city center. The cinema opened on 17th April 2008 with the movie “Iron Man”. The IMAX part opened it’s doors on 11th December 2012. The first movie was the Dutch premiere of “The Hobbit”. Last week I saw “Amy” (September 2015).

The largest room has 425 seats with a Dolby Digital 7.1 IMAX Sound system.