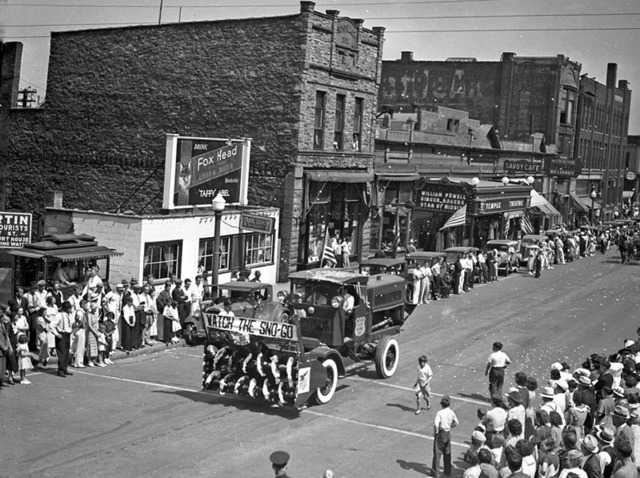 The Temple Theatre was opened in 1911. In 1923 it was taken over by the Soo Amusement Company. They operated it for its entire life until it was destroyed by fire December 13, 1973.

Was the Temple known as something other than the Temple Theatre during its life as a theatre?

This biographical sketch of Charles DePaul, onetime head of the Soo Amusement Company, written sometime after 1926, has this information:

“In 1921 he erected and equipped the Princess theater at Sault Ste. Marie, Ontario, and in 1923 he formed a partnership with W. George Cook and they purchased both the Temple and Strand theaters in Sault Ste. Marie, Michigan.”

An article in the December 14, 1973, issue of The Evening News about the fire which destroyed the theater had additional information:

“The Temple Theatre, built by George Cook in 1911, played a major role in the history of Sault Ste. Marie’s cultural growth. The theatre was purchased by Charles DePaul in the early 1920’s and in December of 1928 became the first theatre in the Upper Peninsula to have talking movies when a bristolphone movietone machine was purchased at the cost of $10,000. In 1934, the Soo Theatre, Temple and the old Colonial Theatres were consolidated into the Soo Amusement Company with Charles DePaul, his son Joseph, present owner of the company and Edward Saether as partners. The Temple was remodeled in 1935 and again in 1950. The front of the building received a face-lifting in 1940 and the Cinemascope screen was installed in 1956.”