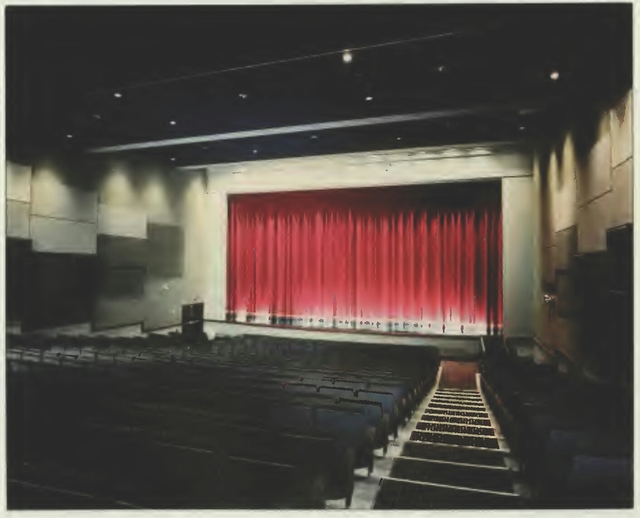 Famous Players opened the Victoria Terrace with six screens on May 24th, 1989, and closed in 2002. Grand opening ad posted. It was the first cinema with Digital sound in Canada in December 1992 with “Aladdin”.

I posted this on a comment, but this location had a “Famous Movie Shop” in one of the photos. Anyone know what was sold here? I would have loved to go home with a Famous Players Coffee Mug! ;)

What a stunning location this was and sad to hear it only lasted 13 years. That auditorium shot makes me want to see a 70mm presentation sitting about 5-6 rows back in the middle. Sad many of these theaters are gone.

Famous Movie Shops sold movie themed memorabilia of films that were playing there during this era, such as: Batman t-shirts, Star Trek Soundtrack tapes & compact discs etc. I don’t seem to recall any Famous Players branded logo products although it would have been nice. This concept unfortunately turned out to not be profitable after awhile & was quickly discontinued. Also Cineplex Odeon seemed to know better at the time and did not have similar shops in any of their new 80’s multiplexes.

Thanks for the info, theatrefan! The prices for those items were probably FAR higher than they were in other stores, so there wouldn’t be much value. I was more interested in if they had actual FP gear. ;)

This theatre’s final day was October 17, 2002. By that point, it became a hybrid of first-run and second-run films due to the nearby Eglinton Town Centre cinemas getting most of the first-run films. Its final movies include Sweet Home Alabama (first-run; two screens), Barbershop (first-run), Star Wars: Episode II - Attack of the Clones (second-run), Signs (second-run), Blue Crush (second-run), and The Bourne Identity (second-run). By the next day, Famous Players listed the theatre as closed.

The stadium seating and megaplex trend in the mid 1990’s made this type of theatre so obsolete so very quickly, many of these Famous Players streetscape design theatres lasted less than fifteen years unfortunately, not a very long lifespan at all.