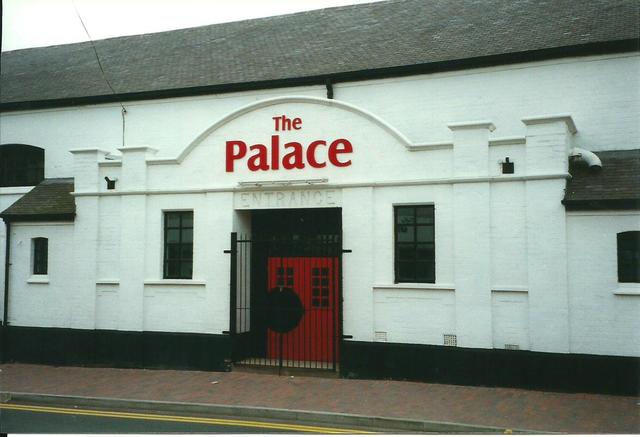 In Ibstock, a small town in Leicestershire, in the East Midlands, the Palace Cinema was built in 1912 by local builder’s Baxter’s. The architects were Goddard & Wain, of nearby Coalville.

It had been built on the ‘fair field’, which hosted travelling theatre, the fair, a weekend market, and was also the cricket field.

The Palace Cinema opened its doors on 26th December, 1912. Sources vary as to the number of seats: some say 300, while others list as many as 550. This could be explained as, presumably, the early bench seating was replaced at some stage by individual seats. There was a circle, with popular double seats at the back. Matinees were held on Tuesday mornings for colliery shift workers.

By 1932 the Palace Cinema was being managed by Elizabeth Wain. The following year Miriam Tilley of Bedworth is shown on the exhibitor’s licence. By 1941 B. E. Ball was the manager. At some time, the cinema was owned by Neville Saunt, and leased to Victor Ball (a relative of B. E. Ball?) of 123 High Street, in nearby Earl Shilton.

The final film at the Palace Cinema was Walt Disney’s “Jungle Book” in 1970. Twice nightly bingo sessions were held until 1986, when the building closed. By that time Everard’s Brewery owned the property.

Bought by the Parish Council on 3rd October 1995 the building was refurbished and brought back to life as a community hall. It was leased to the Palace Arts Centre Ltd in 2000.