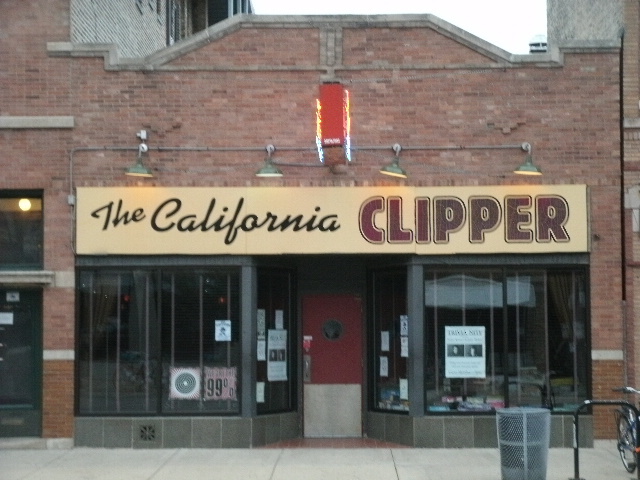 Opened in the early years of the turn of the 20th century, the small California Theatre (one of at least three Chicago theaters with that name), was located near the corner of California Avenue and Augusta Boulevard in the Humboldt Park neighborhood. It served as a movie house at least into the 30s, when it closed. It was afterwards converted into a tavern.

Today, the onetime theater is home to the California Clipper Lounge. With its neo-Moderne-meets-South Seas interior decor, it is a bar, eatery and nightclub. Not only does it host a wide array of musical acts (from blues to rock to country-western), it also hosts bingo nights and gospel brunches.

Returning to Cinema Treasure status? The owner says he’s remaking the back room into a 40-seat cinema.