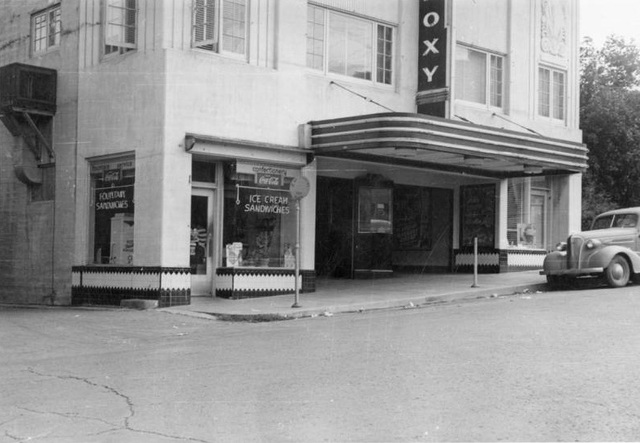 The Roxy must have been operating by the late 1930s. This line is from the obituary of a one-time employee, Dorothy Schlomer:

“While a junior in high school, Dorothy held a job at J.C. Penney’s and she also worked as an usher at the Rose Theater and later at the Roxy Theater, receiving 50 cents a night. She graduated from Colfax High School in 1937.”

(Full obituary at Spokesman-Review web site.) It goes on to say that Dorothy married in December, 1938 and soon moved away from Colfax, so her job at the Roxy must have been no later than 1938, and no later than 1937 and perhaps as early as 1936 if she worked there while in high school. The architectural details of the building are certainly characteristic of the 1930s.