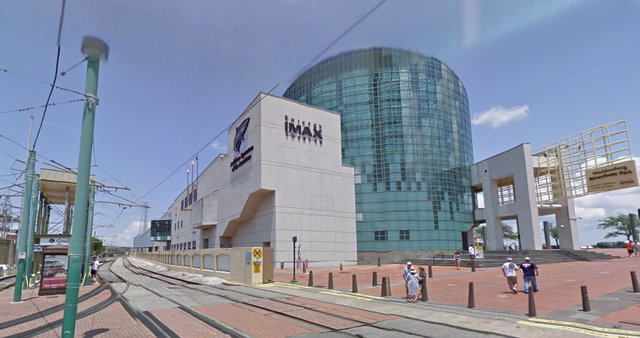 Opened on October 6, 1996. The Entergy Giant Screen Theater held a preview opening on October 15, 2015, with a 46-foot high by 76-foot wide Severtson SēVision 3D GX Silver Screen. According to the Times-Picayune, the screen in the Entergy IMAX Theater, which had been used since 1995, was dismantled in September to begin the conversion.

The first film in the newly renovated $1.2 million theater was Disney’s 1989 hit “The Little Mermaid,” which was shown for the first time in 3D in New Orleans. The grand opening of the 327-seat theater on November 18 presented “Journey to Space” in 3D, narrated by Patrick Stewart.

The projection room was expanded and two Christie 4K digital projectors were installed, along with a new 11.1 Dolby Atmos sound system.

Audubon Nature Institute officials noted, “Our Theater will still primarily program institutional, educational movies, but we’ll be afforded more opportunity to show new and old Hollywood movies as well. We are not a commercial theater and can’t/won’t compete in that arena, but opportunities like we’ve enjoyed in the past will still be possible.”