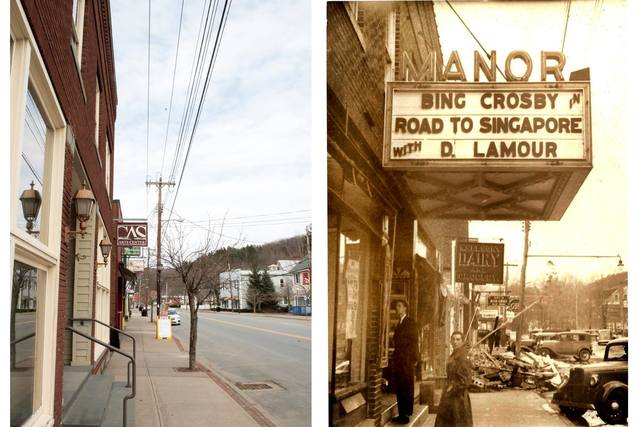 Opened in 1939 as the Manor Theater, which operated at least until the 1970’s as a movie theater, the building later housed a store and auction house. In 2007, it became home to the Catskill Art Society Arts Center. Today the CAS Arts Center features galleries, a large multi-purpose space, pottery and painting studios and classrooms.