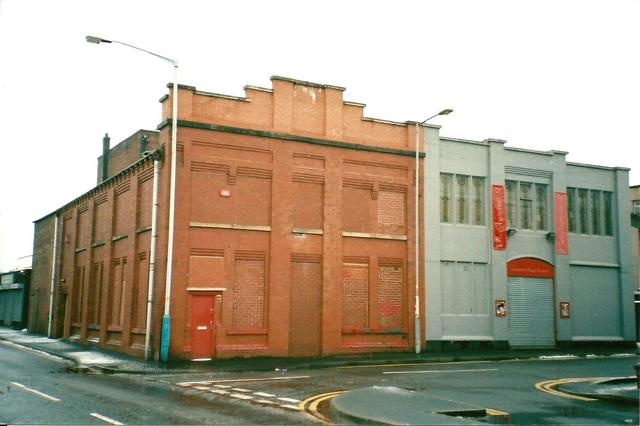 In the small town of Shaw, between Rochdale and Oldham, the Princes Cinema is not listed in the 1914 Kinematograph Year Book, but it is in the 1931 edition. The proprietor was Princes Cinema (Shaw) Ltd. and there were two shows nightly.

The Princes Cinema closed to regular film shows in 1958, although it continued as what has been described as a “charity cinema” until final closure in 1960.

In December 1966 it re-opened as the Playhouse 2 Theatre, the home of Crompton Stage Society.

The Society had been formed in 1934, and used the top floor of the Oddfellows Hall on Farrow Street, Shaw, for its first productions. In 1938, it moved to a disused Methodist chapel in Gordon Street, Shaw. However, in the early-1960’s, disaster struck when the theatre was gutted by a mystery fire.

A grant of £2,000, generously made by the Pilgrim Trust, together with many donations, insurance money and a tremendous amount of hard work, saw the Society back in business, in new premises, within three years.

The former Princes Cinema was restored and converted into the first amateur theatre in the North West to have an open thrust stage.

A wide variety of entertainment, professional as well as amateur, is presented. this includes occasional film shows, especially of the ‘sing-a-long’ variety.