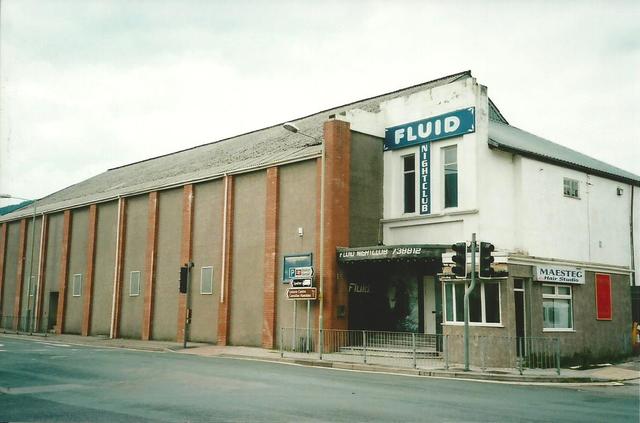 In the south Wales town of Maesteg, West Glamorgan, the Plaza Cinema opened in 1935. According to the 1940 Kinematograph Year Book, by then the owner was Richard Dooner, of Maesteg. There were 900 seats, and the proscenium was 26ft wide. It was equipped with a Western Electric(WE) sound system.

The 1953 edition gives the seating capacity as an increased 980.

The Plaza Cinema closed around 1973-1974 and the building was converted into a nightclub. When I visited, in April 2008, this was called Fluid; later it was Moskitoes. By August 2016 it had been converted into retail use.

By August 2016 the Plaza had become home to retail outlet The Original Factory Shop (see my photos).