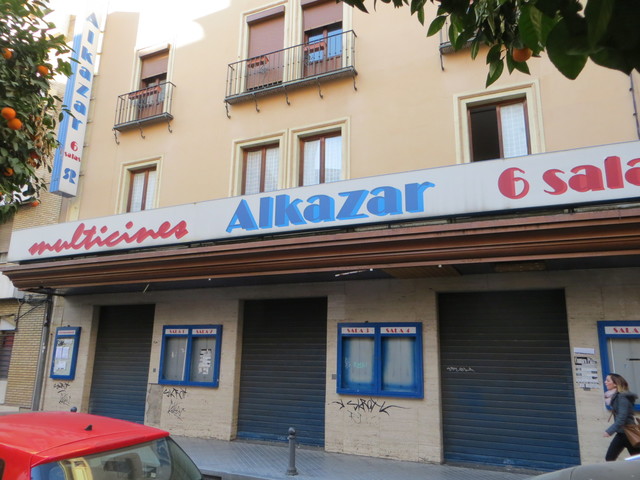 Cine Alkazar is one of the oldest cinemas in Cordoba, dating from 1930. In the 1990’s it was split into six small screens but could not survive against the opening of out of town multiplexes and closed around 2008, at the time being the last city centre cinema left in Cordoba.

It has since been used for political rally meetings but is mostly derelict.