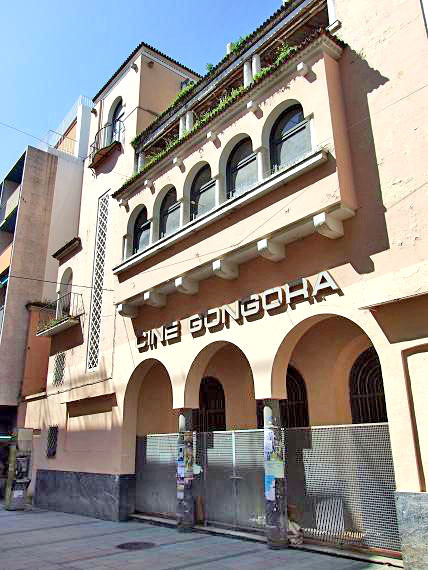 The Cine Gongora is located on Palacio del Cine and Plaza de las Tendillas in the centre of Cordoba, in the Andalucia region of southern Spain. In the 2000’s it screened ‘straight’ adult movies, and attracted a mixed audience of straight and gay men.

in 2015 in use for legit theatre as the Teatro Gongora