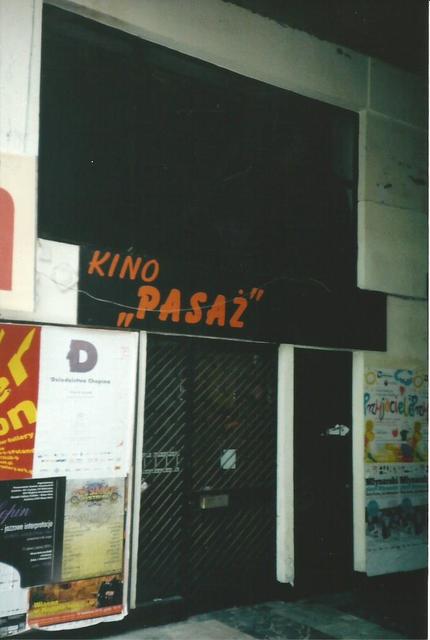 In Krakow, Poland, the Kino Pasaz, which opened around 1974, operated for many years as a much-loved ‘bijou’ cinema in the heart of the city’s central markets. It was tucked into the old commercial passage leading from the corner of Grodzka and the Great Market Square to ul. Stolarska.

A former projectionist has claimed that it opened with one auditorium, with 72 seats. These were originally made of wood, but in 1989 they were replaced by upholstered seats. The auditorium was later split into two screens, with 50 and 20 seats.

Closure in July 2008 was attributed to unspecified “financial problems”.