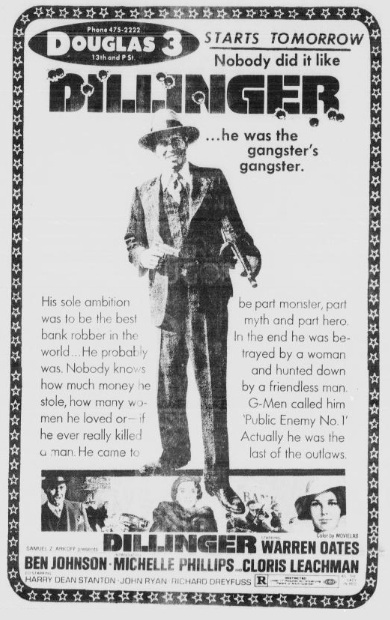 Douglas Theatres opened the Douglas 3 on March 2, 1973, on the site of the old YMCA. Total capacity was 850, with each auditorium holding 250 to 300 seats. A forerunner even before the American With Disabilities Act Of 1990, the theater made provisions for the handicapped.

The opening attractions were “Lady Sings the Blues,” “Sounder,” and “The Life and Times of Judge Roy Bean".

Russell Brehm, president of the chain, moved its offices from the Stuart Theatre to the second floor of the building. According to the Journal Star, Douglas Theatres had maintained offices in Lincoln since the establishment of the firm in 1952 by Brehm and U.S. Sen. Roman Bruska. Douglas Theatres started with the 84th & Center Drive-In in Omaha and at its peak had 101 screens before being sold to Marcus Theatres in 2008.

The Douglas 3 closed on November 19, 2004, to prepare for the opening of the Lincoln Grand Theatre the next day.

The building was demolished in October 2006 and in December 2014 Tower Square, a community gathering spot, was dedicated on the site.