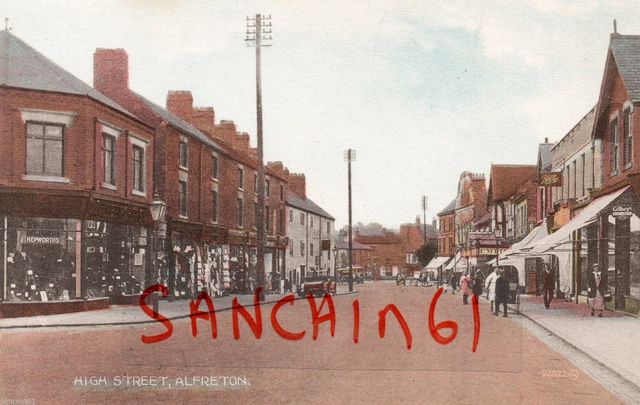 Located in Alfreton, Derbyshire. The Empire Cinema was opened around 1930. It was equipped with a Western Electric(WE) sound system. It also presented occasional variety shows on its stage. In later years it was operated by the Nottingham based Eskay circuit and they still operated it in 1966. In 1973 the stalls seating area was converted into a bingo club, and the circle continued as a cinema.

The Empire Cinema had closed by 1980 and the building was demolished to build shops, in 2019 occupied by Farm Foods.

The Empire was closed for several months during 1973 while it was converted. It re-opened (I think with Disney’s Robin Hood) with a cinema occupying the balcony and a bingo hall in what was the stalls. The glass and iron canopy which appears in the photograph above was gone by the end of the 1960s. The site is now occupied by Farm Foods. Like many small local cinemas it often had one double-bill programme running from Monday to Wednesday, and another from Thursday to Saturday. On Sundays there would usually be a one-off double bill, either of Hammer or other horror films but in later days sometimes a pair of soft core films.