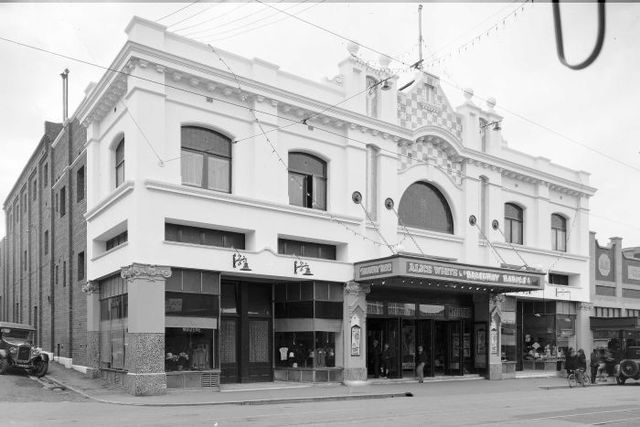 Located on the corner of Liverpool Street and Watchorn Street. The Strand Theatre was opened May 21, 1916 by the Cooper Bros. It was the only cinema in Tasmania to be equipped with a Wurlitzer organ, this one being 2Manual/6Ranks. The Strand Theatre was remodelled in 1929 when it was taken over by Union Theatres and the Wurlitzer was played by Sydney based organist Manny Aarons.

In 1956 it was remodeled again when it was operated by Greater Union Theatres and was re-named Odeon Theatre. The Odeon Theatre was closed as a cinema in November 1970.

In 1972 it was purchased by the Australian Broadcasting Commission and was used as a concert hall for the Tasmania Symphony Orchestra. By 1976 it had become a recording studio for ABC Radio. In 1998 it was taken over by the Christian City Church, who occupied the building until 2011. Plans have been approved to demolish the auditorium (just retaining the façade) and build a 12-story retail and office block.