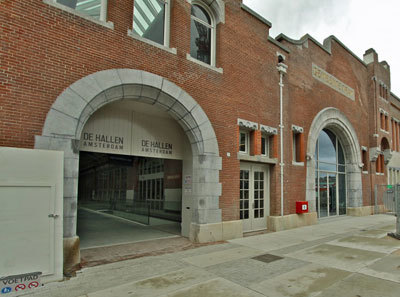 The Filmhallen is the newest multiplex cinema (September 2014) in Amsterdam, but with a twist. The screens are situated in an old tramway storage shed, and Screen 7 is decorated with the 1924 vintage Art-Deco style interior of the former Cinema Parisièn (situated from 1909 until 1987 on Nieuwendijk) that is on the list of Unesco World Heritage! That interior was first transferred to the Vondelpark Nederlands Film Museum which closed in 2012.