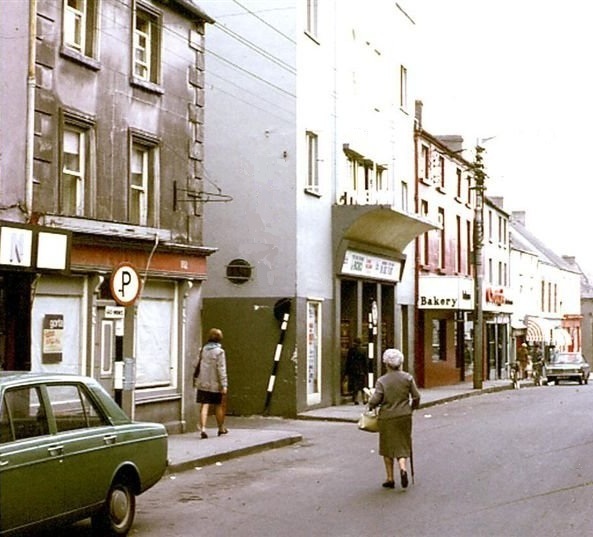 Located in Carlow, County Carlow. The Ritz Cinema was opened on 18th June 1938 with Deanna Durbin in “100 Men and a Girl”. Film & stage star Diana Wynyard appeared ‘in person’. It was built on the site of the Cinema Palace which was destroyed by fire on the night of December 26, 1937.

The Ritz Cinema was designed by architect William O'Dwyer who was working out of the office of Dublin based architect Michael Scott. It had a 30ft wide proscenium, and was equipped with a Western Electric(WE) sound system. It had a dance hall attached, which had its own separate entrance on Charlotte Street.

The Ritz Cinema was still open in 1971, but had closed by 1989. The building has been heavily modified and is now in retail use. The ballroom entrance survives.

One source states that the Ritz was built on the site of Tynan’s Hotel and that the ballroom had been part of the hotel. The same source states it was the “Cinema” in Burrin Street that burned down on 26 December 1937. At the opening Diana Wynyard received bookends in Connemara marble for her appearance and the evening also included a dress parade by Brennan’s of Dublin. The opening night’s proceeds went to the Bishop Foley Memorial Schools. There was also a restaurant in the basement called The Buttery. More info here: http://www.rootsweb.ancestry.com/~irlcar2/The_Ritz_1.htm