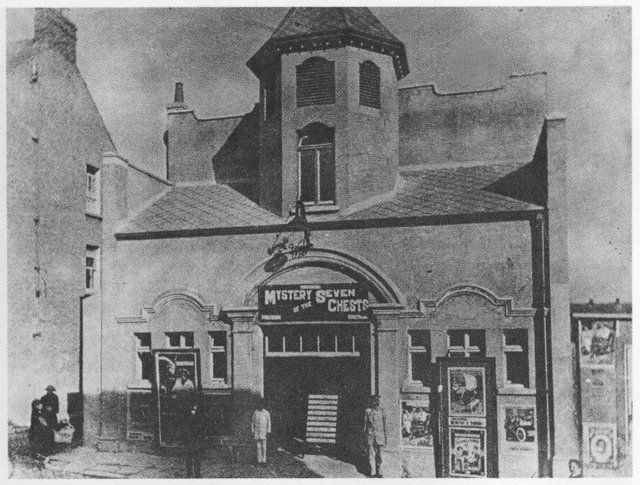 Located in Carlow, County Carlow. The Cinema was erected in 1913 by Fred Thompson on the site of a drapery shop. It was later acquired by Frank Slater (one source states 1928 another 1931), refurbished, and was commonly known as Slater’s. It had a 30ft wide proscenium and was equipped with a Western Electric(WE) sound system. The Cinema burnt down on 27th December 1937 and not having been insured was never rebuilt. The remains were demolished in April 1961. A post office later occupied the site.

The building was flattened in April 1961.