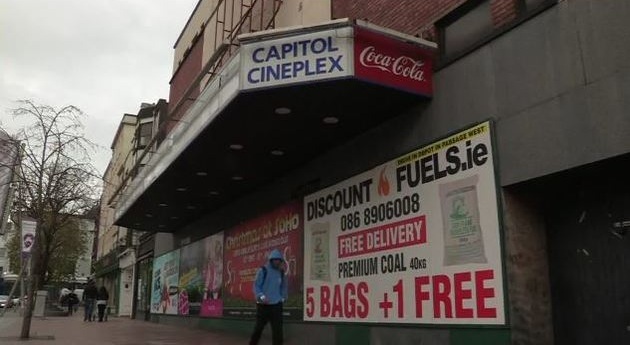 The Capitol Cinema was opened on 5th April 1947 with Bob Hope in “Monsieur Beaucaire”. It had seating for 1,314. It was equipped with a Western Electric(WE) sound system and had a café for the convenience of its patrons.

In November 1974 the café was converted into a second screen seating 105, which was named the Mini Capitol. On the 21st January 1989, the Capitol Cinema was closed to be converted into a six-screen cinema, designed by architect Peter Murphy. Now owned by the Ward Anderson chain, it re-opened 11th August 1989 as the Capitol Cineplex. With a total seating capacity of 1,100, the largest screen seated 470, the smallest 120.

The Capitol Cineplex was closed to the public on 1st December 2005. the following day there was a private ‘by invitation only’ screening of “Casablanca”. Planning permission was approved in March 2009 to demolish the building and construct office and retail units on an expanded site. Work on this began in March 2010.

Passed construction site last week. Our guided pointed it out as the former location of his fav. Theater. SO sad.