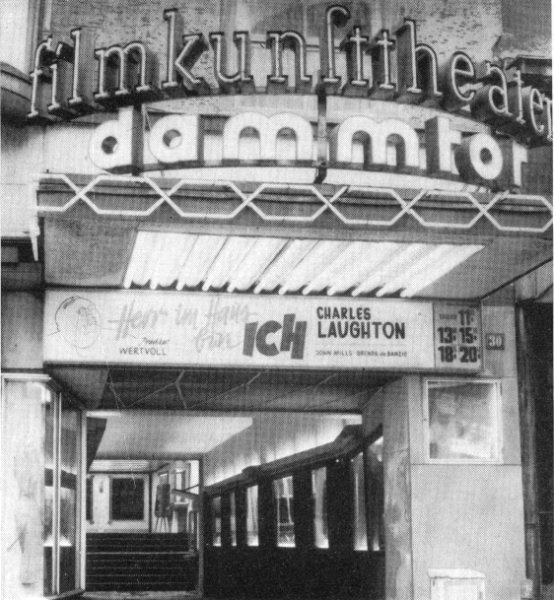 The Dammtor Theater was opened in 1952 and had 350 seats in orchestra and balcony levels. It was designed by an architect named Banerjee. In 1978 it was re-named Metropolis Kino. The seating capacity was reduced to 270 and it operated as an art-house cinema. It was closed in 2008 and was demolished.

The new Metropolis Kino opened in 2011 and has its own page on Cinema Treasures.