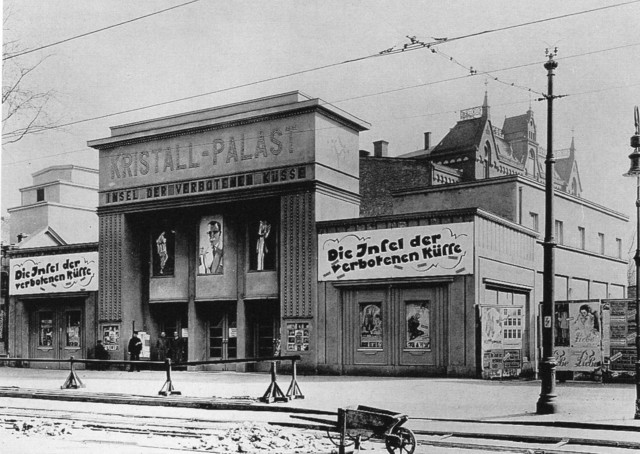 Located in the Wedding district of Berlin on Prinzenalle near Badstrasse. The Kristall-Palast was opened in 1926. It was designed in a Neo-Classical style by architect Wilhelm Kratz and had seating provided for 1,019. It was equipped with a Wurlitzer 2 Manual 6 Ranks theatre organ. the Kristall-Palast was badly damaged by allied bombing during World War II.

It was rebuilt and reopened on 23rd December 1955, now sporting a Streamline-Modern style design by architect Bruno Meltendorf. Seating was now provided for 750.

The Kristall-Palast was closed in 1962 and has since been demolished.