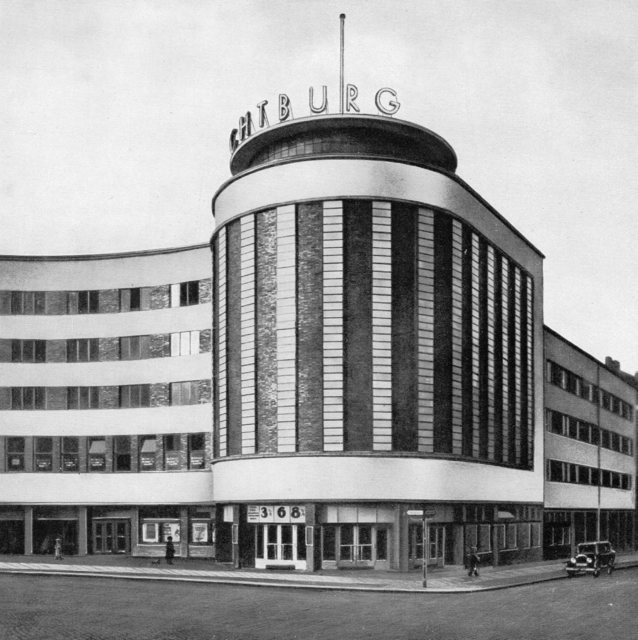 Located in the north-east Berlin district of Wedding, at the corner of Behmstrasse and Heidebrinker Strasse. Originally planned to be known as the Atlantic-Palast, it opened on 25th December 1929 as the Lichtburg. Designed by architect Rudolf Frankel in a stunning Art Deco/Moderne style, it had an impressive corner entrance with 12 slender vertical windows which were illuminated at night creating a ‘night architecture’ feature which made the building stand out. Inside the auditorium seating was provided for 1,999 with 1,150 in the orchestra and 849 in the balcony. The auditorium was illuminated by a series of troughs containing concealed lighting. The Lichtburg was badly damaged by Allied bombs during World War II, and by 1945 only the shell of the building remained.

It was rebuilt in 1961 to the plans of architect M.A. Elsner, reopening as the Corso Lichtspieltheater with 1,933 seats. It was closed in 1970. It was demolished and a block of flats with retail units now stands on the site.