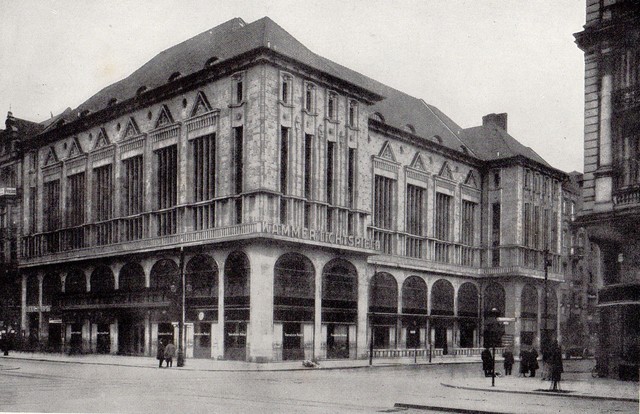 Located on the corner of Tauentzienstrasse and Nurnbergerstrasse in the western part of Berlin city centre, close to the famous Kaufhaus des Westens department store. The Kammerlichtspiele was opened in 1913 and was designed by architect Emil Schaudt. Seating was provided in orchestra and balcony levels. Later taken over by the Ufa chain and renamed Ufa-Lichtspiele, it was last known as Tauentzien Palast and closed in 1930.

The building was remodelled to the plans of architect Gustav Neustein, and it went over to retail use. It has since been demolished and a modern block of shops now occupy the site.