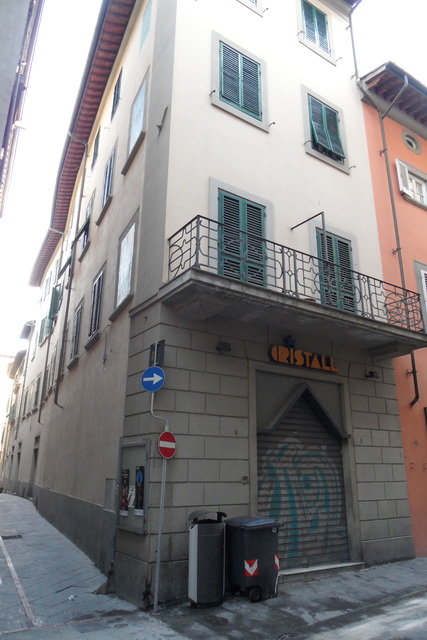 Located in the historic walled centre of Prato, in the Tuscany region of northern Italy, it is not known when the Cinema Cristall opened.

It closed to films in or about 2006. Since then it has been used for occasional political meetings, debates and exhibitions. In early-2016 it was reported that a promoter was hoping to present ‘Vision Party’ disco nights in the former cinema.