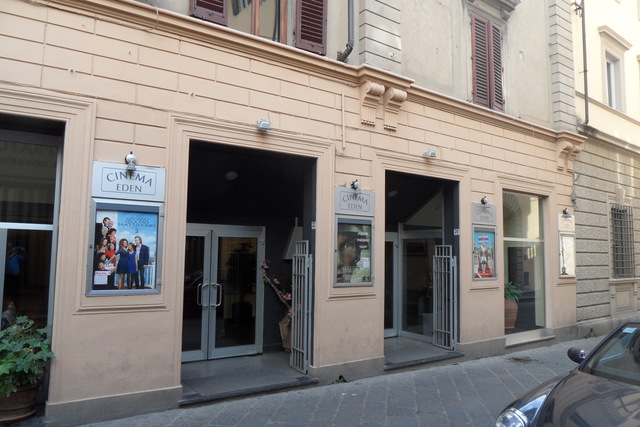 The Cinema Eden is located in the historic walled centre of Prato, a city in the Tuscany region of northern Italy.

I spoke to Brando Ossani, the son of the current leaseholder, Eros Ossani. He told me the building opened originally (date not known) as a live theatre.