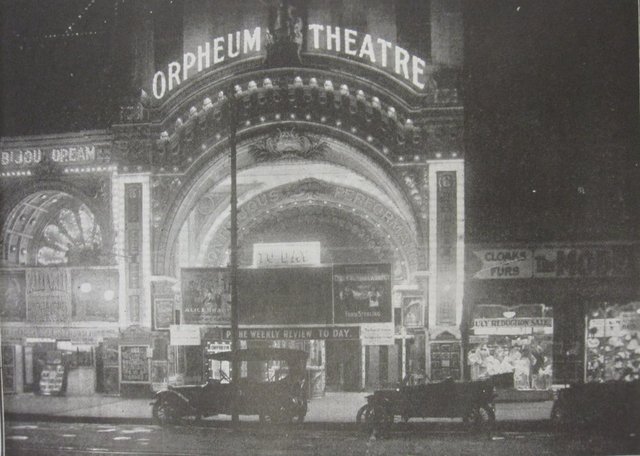 One of the earliest movie houses to open in the Loop, the Bijou Dream, near the larger and more ornate Orpheum Theater, opened in 1905, located on South State Street at the intersection of Adams Street.

Razed decades ago, a modern mixed-use retail and office building stands on the site today.

The Bijou Dream was adjacent to the Orpheum, and was on the second floor, above an arcade. The modernized address was 114 S. State.

The address should be corrected to 114 S. State.