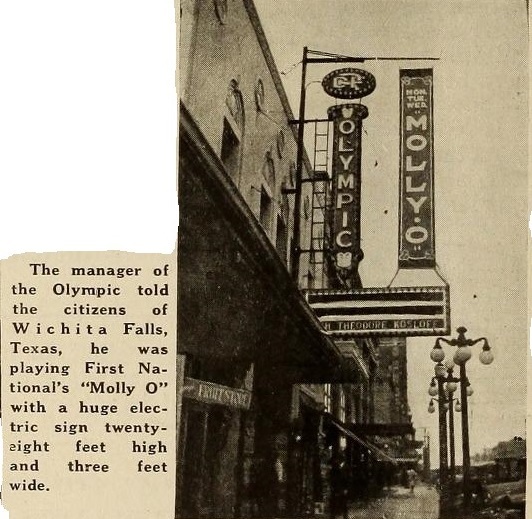 The Wichita Daily Times noted that the Olympic Theatre opened July 1, 1920, with Mary Pickford in “Suds". It was equipped with a pipe organ. In 1926 a Reuter 3 manual 7 ranks organ was installed. Despite having just installed sound in June 1929, Publix Theaters closed it in the fall of 1929. With a remodeled modern façade and interior, the former Olympic Theatre opened as a Lerner store in August 1930.

In 1969, Glenn Shelton, Times columnist, paid a visit to the building while it was being remodeled for Texas State Optical. With a clue from a carpenter, he climbed into an opening in the raised floor and found a trove old movie posters mixed with construction debris. The building still exists, with some modifications, so there may still be old treasures under the floor.