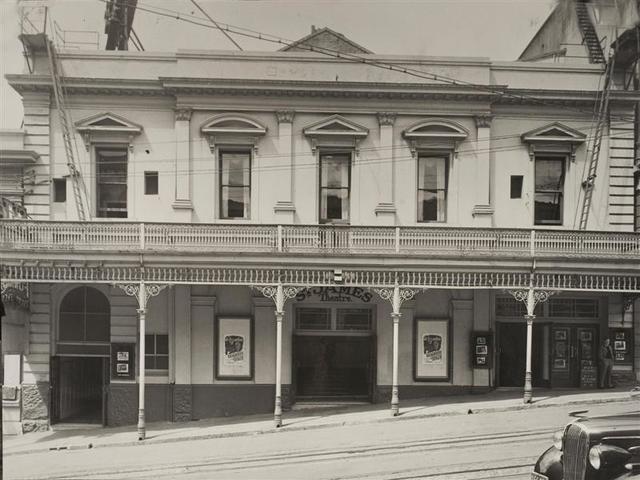 Located on Upper High Street, The Princess Theatre was opened in the late-1840’s. Seating was provided in orchestra stalls, dress circle and upper circle. It was the first theatre to screen films in the city in 1897 when a projection box was constructed at the rear of the upper circle. It was mainly a variety theatre until 1930 when it was equipped to show sound films and was taken over by the Fuller-Hayward chain and re-named St James Theatre.

In 1946 it was taken over by the Kerridge-Odeon chain and was closed in 1951 and later demolished. The St James name was transferred over to the Empire Theatre (today’s Rialto Cinemas multiplex).