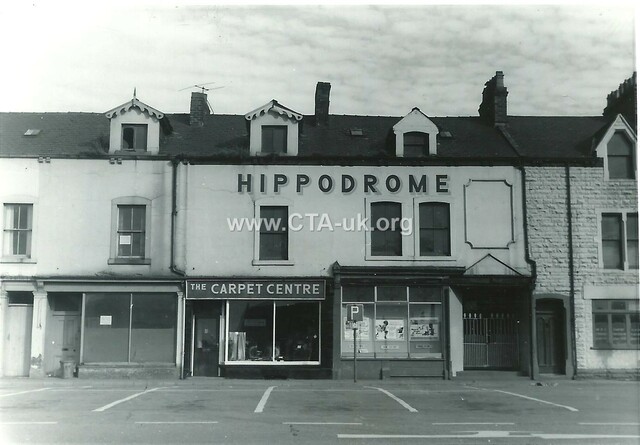 Located in Workington, Cumbria had its narrow entrance through a row of terraced houses, with the auditorium built at the rear. The Public Hall was opened around 1880. It was damaged by fire in 1893. Early film shows were held here in 1897. Around 1909 it was re-named Hippodrome and was converted into a ballroom In 1912 it converted into the Hippodrome Cinema. The proscenium was 25ft wide. In 1930 it was equipped with a Western Electric(WE) sound system.

In 1955 it suffered another fire, and repairs were made, including the installation of CinemaScope. The Hippodrome Cinema closed around 1969/1970 and was converted into a discotheque named ‘Slypt Disc’. Cladding was placed on the façade of the building to give it a modern look. It later became a snooker club. By the 1990’s it was unused and derelict. The auditorium was demolished in 1994.